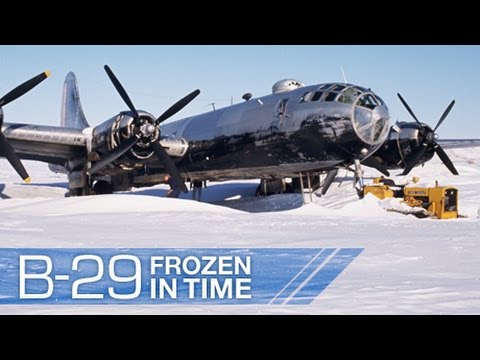 The breathtaking “Kee Bird” was a United States Army Air Forces B-29-95-BW Superfortress. The aircraft made an emergency landing in the northwest part of Greenland during the Cold War in 1947.

After three miserably cold days in the Arctic tundra, the aircraft itself was left at the landing site, relatively intact. Until 1994, about 50 years later, when a privately funded mission was launched to repair and return it. The recovery attempt lead to the udder destruction and complete loss of the airframe. All the recovery team could do was watch while the evidence of years of planning, months of back-breaking labor, the death of colleague, burned to the ground. It left no trace that any attempt had ever been made.

Led by Darryl Greenamyer in July of 1994, a team of aircraft restorers went to the emergency landing site. The USAF had surrendered any claim to the B-29. It was believed that the ship could be put into flying condition then flown off the frozen lake. It would then be carried to Thule AFB, Greenland. Before flying back to the United States, further repairs would need to be made in Greenland.

Using a previously salvaged 1962 De Havilland Caribou as a shuttle plane, the team departed the U.S. Armed Services base at Thule and flew in tools and equipment to the Kee Bird. 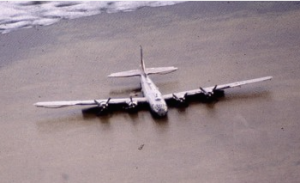 Over the summer months, the team transported four re-manufactured engines, four new propellers, an engine hoist, and new tires. They also transported a small bulldozer to the remote site. The team successfully replaced the engines and propellers, mounted the new tires, and resurfaced the aircraft’s control surfaces. Every step required multiple back and forth trips with the Caribou shuttle plane. It eventually took a toll on this aircraft and they had to make several repairs on this aircraft as well. This aircraft was their lifeline and key to escaping the frigid arctic winter.

As the winter snows began to fall, the Chief Engineer, Rick Kriege fell ill and was transported to a hospital in Iqaluit, Canada. He died from a blood clot two weeks later. Kriege had been in back pain for weeks and was taking pain killers. He poured his entire life force into this recovery project.

Although the plane was nearly ready to fly, Greenamyer’s team was compelled by weather to leave the site.

In May 1995, Greenamyer returned with additional personnel and more specialists. The repairs begun in 1994 were complete. The aircraft prepared to take off from the frozen lake on 21 May 1995. A crude runway was carved out of the snow on the ice using the small bulldozer. The new engines were tested, retested, and tested again. They successfully started for the takeoff attempt. 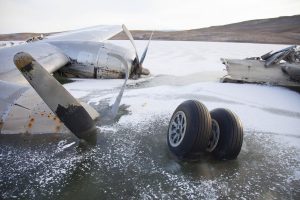 As Greenamyer was taxiing the aircraft onto the ice, the B-29’s APU’s unsecured fuel tank began to leak gasoline. Fire broke out and quickly spread throughout the aircraft. The cockpit crew escaped unharmed. However, cook/mechanic Bob Vanderveen, who was watching the engines from the back end of the aircraft, suffered flash burns and smoke inhalation.

Despite attempts to extinguish it from outside the plane, the fire raged and spread through the fuselage. The aircraft was largely destroyed on the ground, with the Kee Bird’s fuselage and tail surfaces being demolished beyond repair. When the lake thawed in the spring, it was feared that the wreckage would sink to the bottom.

Read the original article on the War History Online website.

Boeing 727; Living In
How to Find FAA PMA Approvals on the FAA Website